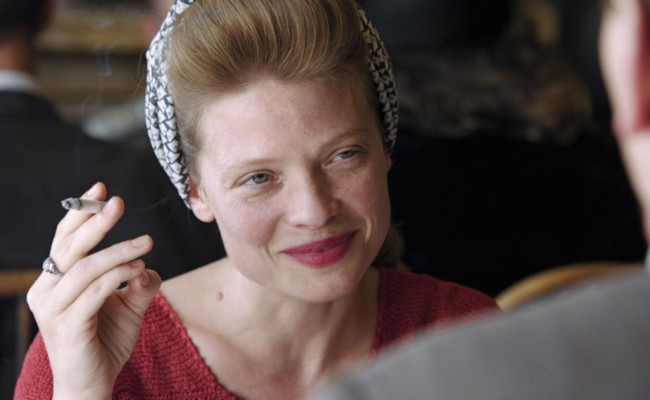 Memoir of War is an ambitious adaptation of Marguerite Duras’s challenging WWII semi-autobiography, The War: A Memoir (La Douleur), originally published in 1985 and drawn from diaries written during the war. When she finds two old notebooks in a forgotten box, Marguerite Duras (Mélanie Thierry) remembers her somewhat ambiguous past in the French Resistance and the unbearable pain of waiting for the return of her deported husband Robert Antelme.

The screening will be introduced by filmmaker and A Nos Amours co-founder Adam Roberts.

Adam Roberts has made films, notably with dancers Jonathan Burrows and Sylvie Guillem. He co-founded A Nos Amours with Joanna Hogg, to screen overlooked or important work that might not easily find an audience. A retrospective of films by Chantal Akerman and an exhibition of her installation work resulted between 2013 and 2015. Adam Roberts is currently working on a text following an award from the Stuart Croft Foundation.