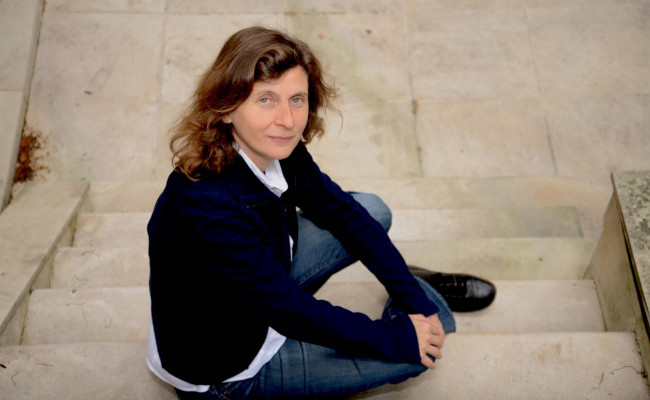 Olivia Rosenthal is a French novelist, performer and teacher of creative writing. She lectures at Université Paris VIII, where she and a colleague founded one of the first Creative Writing MA programmes in France. Winner of numerous prizes, including the Prix Wepler for her 2007 On n’est pas là pour disparaitre (translated into English by par Béatrice Mousli as We're not here to disappear, Otis Books/Seismicity Editions, 2015), the Prix du Livre Inter for her 2010 Que font les rennes après Noël? (in English To Leave with Reindeer, translated by Sophie Lewis and published by And Other Stories in 2019) which also won her the Prix Alexandre-Vialatte in 2011. Altogether, she is the author of a dozen novels as well as essays and tales. Rosenthal has also written plays and worked as a performance artist, collaborating with filmmakers, writers and festival directors. Rosenthal has created the performance Le Vertige for the 2012 Festival d’Avignon and Les rats, for the Festival Brouhaha: les mondes du contemporain in 2016.

Associated event
European Dreams and Fictions
Beyond our Walls